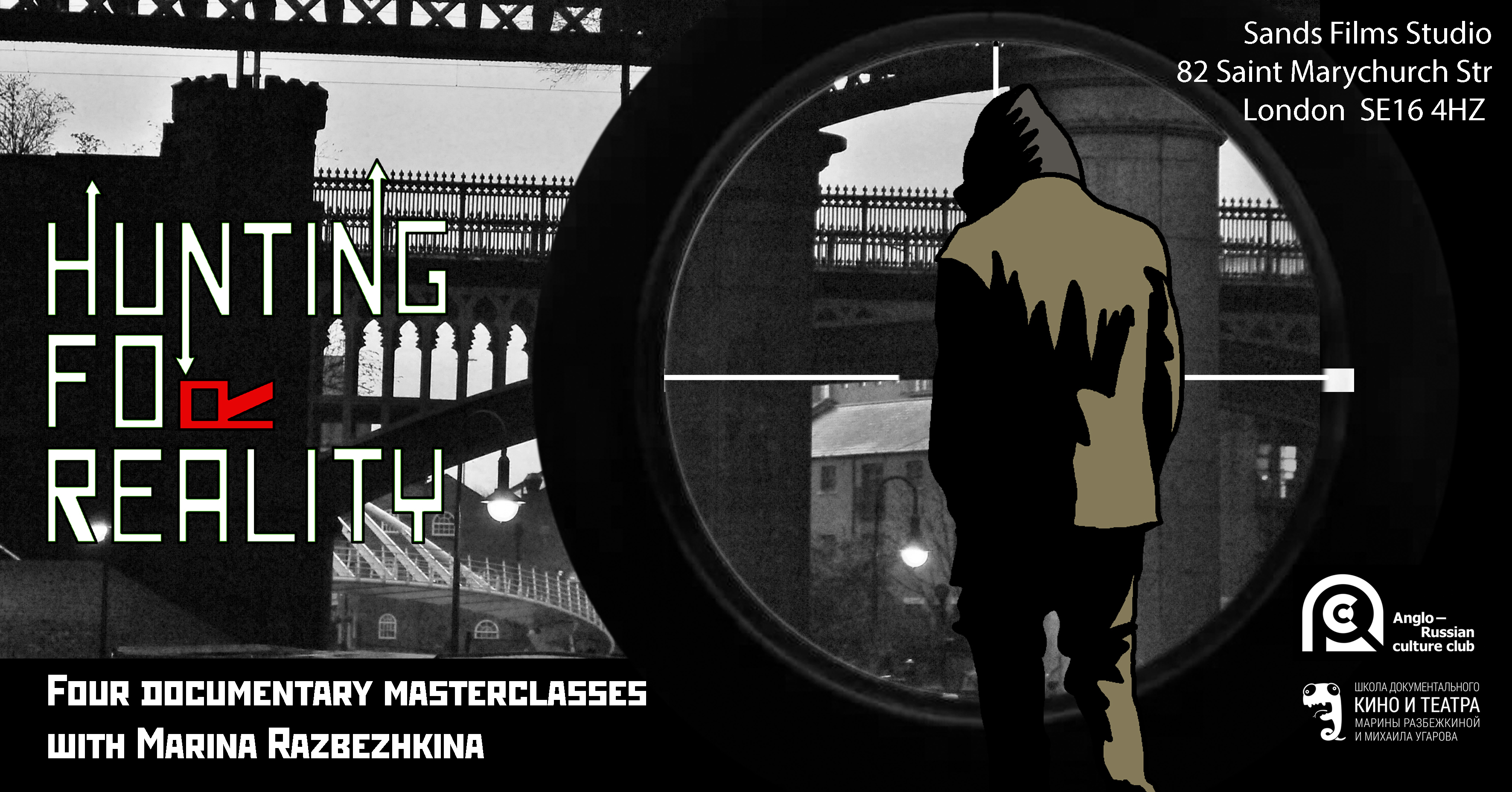 Our Documentary Film and Theatrе School has been operating in Moscow for 10 years now with no governmental financial support or any kind of patronage. All these years we have been hunting for reality and teaching the students to do the same. And reality is hunting for us, which constitutes constant challenge in our relationships with it.

The programme of screenings and talks in London, May 2018, will be centered around the meaning of our contact with the world. What opportunities does the documentary cinema present us with? How does life become a film? What is a snake zone? Does a documentary film need a script? And most importantly: why do we pick up the camera at all?

Can the author of political cinema remain neutral, respecting his characters, without taking sides?

Documentary films made by the graduates of Marina Razbezhkina & Mikhail Ugarov’s Documentary Film and Theater School (Moscow) «Winter, go away»

Ten young directors didn’t part with their cameras for the two months of 2012 during the presidential elections in Russia. They made a film about those who determine political life in Russia, and about those who do not like such a life. People, faces, talk, rallies, victories and defeats on the eve of presidential elections. Live camera, living heroes.

The war in Abkhazia finished twenty years ago. But people looking like shadows, wandering through the corridors of the republican psycho-neurological hospital, still remind us about its consequences. Sometimes it starts to seem that those shadows are us … The monochrome picture of their world sometimes transmits more meanings than we can expect. ”

Тhe founder of Moscow-based Documentary Film and Theatre School Marina Razbezhkina will be in conversation with the audience.

We present the works of our students that fall in to the category of an «I-movie». You can not yet shoot others, but you want to tell a story about yourself. You see dramaturgy in your life, you see a story there. This is how I-movies are made, they are films about yourself.

Master class by Marina Razbezhkina: «How to make a film and whether one has to learn first».

27 MAY, Sunday
Venue: Sands Films
Subject: THE OTHER

You point a camera at a stranger. You are trying to understand who he or she is and what is happening to them. If you succeed, the person stops being a stranger and is transformed into the other.

Marina Razbezhkina, head of the Documentary Film and Theater School in Moscow, will hold a conversation with the audience.

There is such a concept in Russian culture as a simple/ordinary man. Though if you look close enough there are no simple people. The task of a documentary maker is to decipher their hero and to discover complexity hidden under their simplicity.

Marina Razbezhkina, head of the Documentary Film and Theater School, will be in conversation with the audience.

I had decided to wait a day or two before writing this post in order to calm myself and allow the experience to settle. Now here goes – On Thursday I attended an extremely disconcerting, startling and stunning piece of theatre at, of all places, The Royal Court.
I stepped out of Sloan Square Tube to be greeted by the unmistakable aroma of extreme wealth. So far, so London. I was completely unprepared for what I was about to witness. In the studio space/bar three Russian actors and a cel… END_OF_DOCUMENT_TOKEN_TO_BE_REPLACED