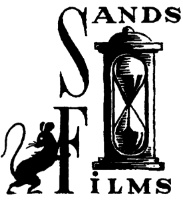 .. have another ‘double-feature’ for you, this time with Shakespeare
With the Kozintsev rendition of King Lear to be announced later
in April, for our next screening we give you Kozintsevs

Co-written by Pasternak and with a Shostakovich score, this late work of a Soviet hallmark, and Shakespeare enthusiast (who also adapted this play for the stage earlier) is regarded as his finest piece. Kozintsev’s Hamlet is as political and public as it is personal. A “post-Eisenstein realism” with the strong avantgarde aesthetics of Kozintsev lets even the landscape and architecture, climate and atmosphere play roles. Critically acclaimed both audiences and scholars across the globe.

Introduction and discussion as usual. Almost: together with Natalia Rubinstein, the hostess you have gotten to know and enjoy, we have a visitor and enthusiast of the matter with us on these occasions. David Margolies entered the Shakespeare industry by the back door — he studied the fiction that Shakespeare read before coming to the plays themselves. This gave him a rather different perspective. He is Emeritus Professor of English at Goldsmiths, University of London.

I had decided to wait a day or two before writing this post in order to calm myself and allow the experience to settle. Now here goes – On Thursday I attended an extremely disconcerting, startling and stunning piece of theatre at, of all places, The Royal Court.
I stepped out of Sloan Square Tube to be greeted by the unmistakable aroma of extreme wealth. So far, so London. I was completely unprepared for what I was about to witness. In the studio space/bar three Russian actors and a cel… END_OF_DOCUMENT_TOKEN_TO_BE_REPLACED

A laureate of the prestigious Andrei Bely Prize, Rubinstein is an accomplished poet with a sharp eye for unusual detail. His innovative use of ‘found poetry’ and ‘poems on index cards’ were refreshing and unique in the surge of ‘new literature’ after the fall of Communism. He is also a keen essayist; his columns for publications such as Itogi, Esquire and grani.ru are extremely popular and his book of collected essays Zeitgeists, has earned well-deserved praise from critics and readers alike. … END_OF_DOCUMENT_TOKEN_TO_BE_REPLACED