When the world ceases to be magical,it turns into a list of Dos,Don’ts and Whys 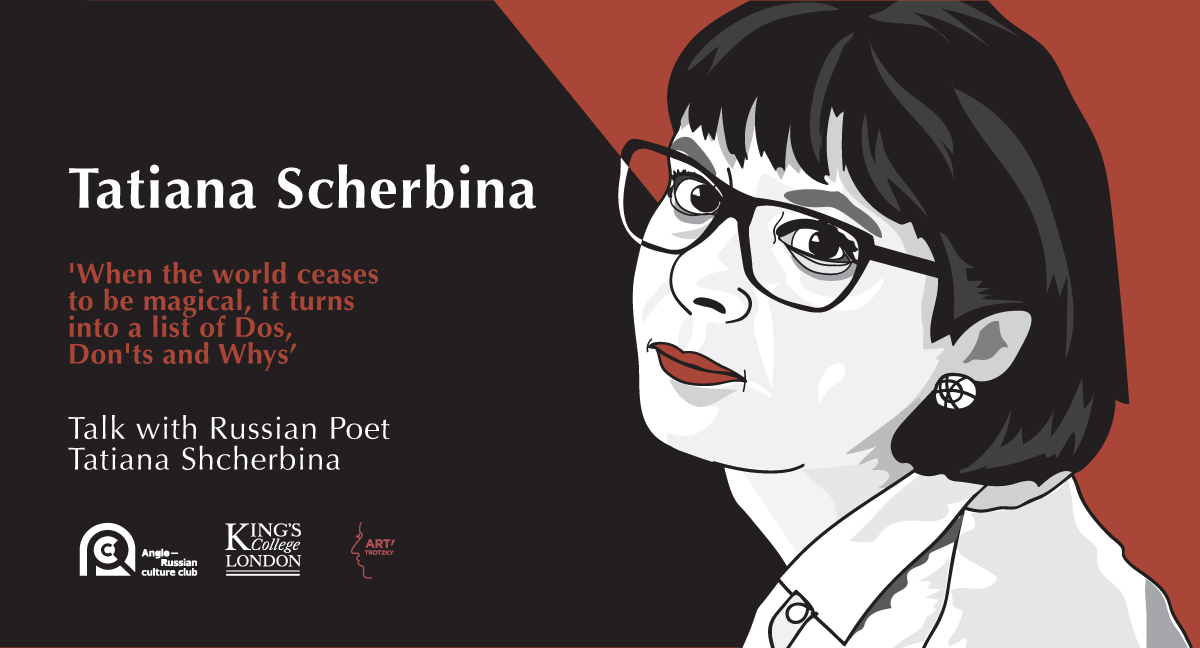 When the world ceases to be magical,it turns into a list of Dos,Don’ts and Whys.

Russian poet, writer and journalist Tatiana Shcherbina is going to take you on a tour of today’s world in a conversation about poetry. According to Shcherbina, contemporary poetry witnessed a radical change: it would not have been understood by poets living in the previous twenty centuries; it enjoys a much narrower audience, and young people often do not remember a single line of poetry. However, the main change consists in something else. The world is becoming less tangible turning instead into a network of communications, while “the heavenly ecstasies of religious fervour” give way to functionality. As young poets themselves put it, ‘The time of the great is, fortunately, gone; it is all about diversity now.’ Tatiana Shcherbina will read selected poems from her collection Chronicles and will present her new poems.

Shcherbina was born in Moscow. Since 1999, she has published six volumes of poetry and prose in Russian and two poetry collections in French. She worked for Radio Liberty in 1989-1994, lived in Paris, Munich, and in the USA and travelled extensively. Her original work, including the novel Multiple Personalities, has been widely translated.