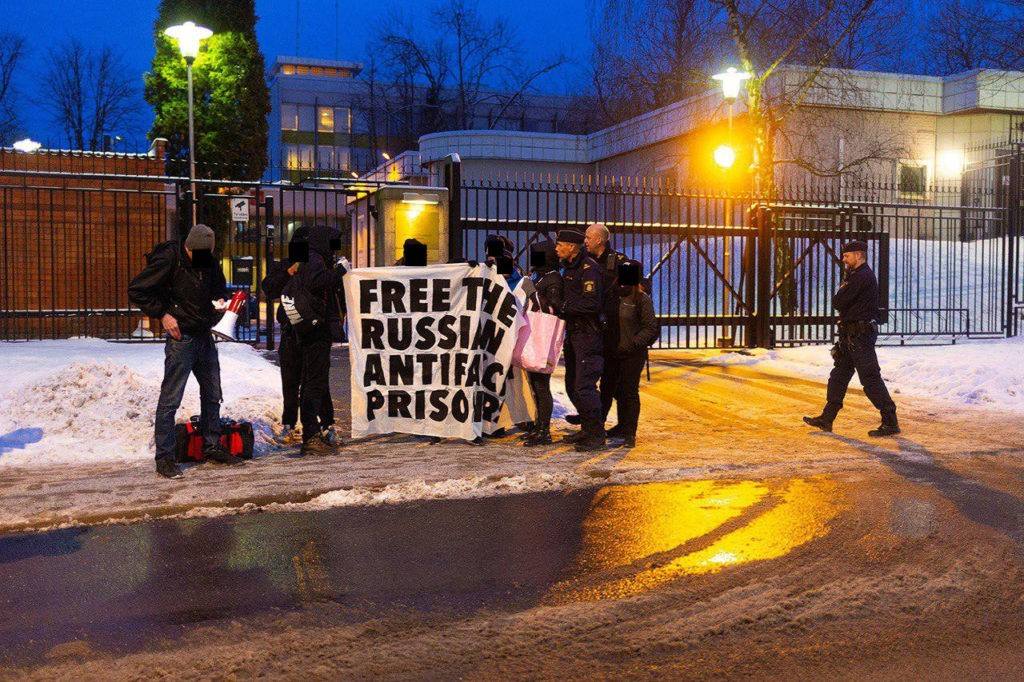 The Royal Court Theatre welcomes for the first time Moscow’s legendary Teatr.Doc.
An urgent piece of verbatim theatre looking at the use of
torture as a weapon in the ongoing Penza Case.
Torture is directed by Zarema Zaudinova and is written and performed by Alexey Polikhovich, Alexey Sutuga, Yegor Skovoroda,Maxim Pakhomov and Zarema Zaudoniva.
It will be accompanied by a live soundtrack by
cellist Alina Anufrienko.

During Russia’s 2018 World Cup, the FSB arrested 11 young antifascists and anarchists, linked only by playing an online game. Once arrested, these boys vanished for two days.
Their relatives, lawyers and human rights activists could find no trace of them. When human rights activists finally located them in an FSB prison they were seen to have bruises, injuries
and traces of electric shock. All those involved had signed confessions under torture linking them to a terrorist cell, but later they refused to testify.

Teatr.doc was created in 2002 by playwrights and directors lead by husband and wife artistic directors, Elena Gremina and Mikhail Ugarov. Gremina was introduced to the idea of
verbatim theatre through a workshop lead by the Royal Court’s late International Director Elyse Dodgson in the 1990s. Teatr.doc’s work has led the way for many emerging Russian
theatremakers anxious to expose the truth and make sense of their experiences. Constantly attacked by the authorities, Teatr.doc have remained at the cutting edge of Russian theatre
for two decades, staging challenging and innovative verbatim theatre.
Translator and author John Farndon comments:
“Teatr.doc was born following a remarkable workshop in Moscow on verbatim theatre led by the Royal Court’s late international director Elyse Dodgson 20 years ago. So it is
hugely significant for Doc coming to the Royal Court with their first show since the sudden deaths of twin leaders Elena Gremina and Mikhail Ugarova last year, leaving the company’s
very survival in the balance.”

We express our heartfelt thanks to The Royal Court team for their support!

There is no need to book for this event. It’s a very large space, so just come along!

Because so many are interested in seeing Teatr.doc, the Royal Court will now be taking reservations. To be sure of a place, contact the Royal Court Theatre Box Office and leave your name:
020 7565 5000 or online:
https://royalcourttheatre.com/whats-on/torture/

All reservations on the eventbrite made at the first day will be considered valid!

A thrilling lecture not just about Dorothy Saier’s novel, but about female education in Oxford — where the events of “Gaudy Night” take place. Dr. Alexandra Borisenko talks about the role of women in Oxford University in 19th century, as well as her experience of researching the environment of the novel and translating it into Russian, including the need to plunge into the university life of the last century and to deal with hundreds of quotes,  from the Bible to popular poetry, that “Gaudy N… END_OF_DOCUMENT_TOKEN_TO_BE_REPLACED

Published in more than thirty languages, Fiona Sampson has twenty-one volumes of poetry, criticism and philosophy of language.  She works as an editor and critic. She is Professor of Poetry at the University of Roehampton, where she also edits the international quarterly Poem. Our club is proud to have Fiona as our patron. In her lecture Fiona address important questions such as: is poetry ever useful? Can it be therapeutic? Is it only relevant to individuals from some communities and not ot… END_OF_DOCUMENT_TOKEN_TO_BE_REPLACED