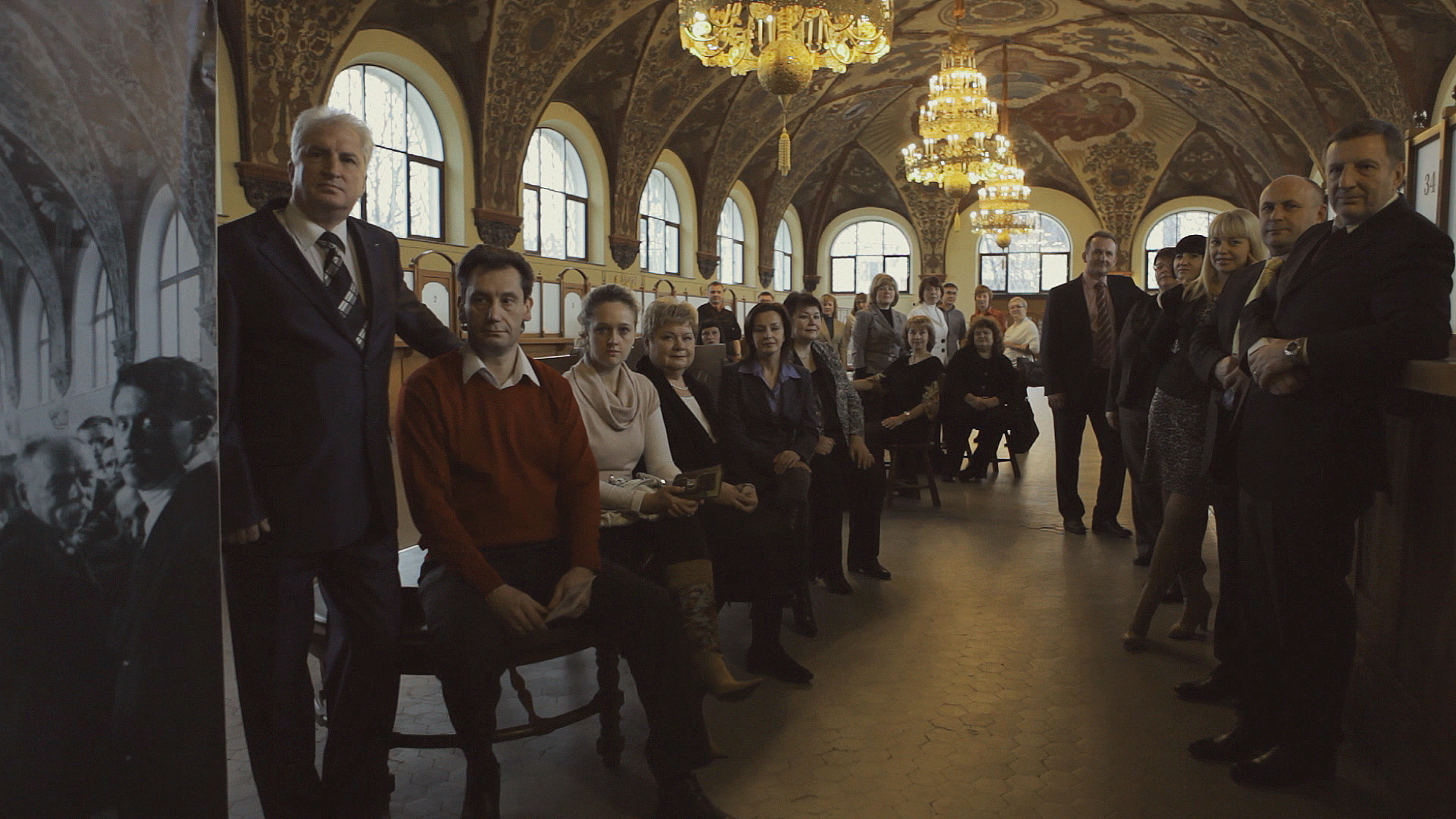 Film screening and Talk with Marina Razbezhkina.
Russian photographer Maksim Dmitriev liked reality, and at the beginning of the 20 century, he photographed bums, workers, farmers, bankers, and monks. Hundred yours later we showed these photographs to nowadays heroes. And they recognized each other.
“To understand how post-Soviet society works it is usually juxtaposed with Soviet society – or at least the idea of the latter that survived in our minds. Marina Razbezhkina, uncontested master of the documentary, takes a different path. She skips the mystified Soviet age to confront various social groups of the present age (they used to be called “classes”) with their historic counterparts in the shape of life-sized photos, moving from the bottom to the top of the professional resp. income scale, from homeless persons to strippers, factory workers, craftsmen, doctors, Old Believers through to those who visit a national bank: jewellers, contractors, investors, and coin collectors. The locations today and in the past – almost precisely 100 years ago – are the same: Nizhniy Novgorod and its surroundings. The photo journalist Maxim Dmitriev – the Russian August Sander – “was in love with reality”, the end credits quote respectfully. So is Razbezhkina. How fortunate for a country that has otherwise lost most of its sharp lenses and readjusted its optical axes. A model film to boot: for all those who always wanted to know how to take the precise measurements of a section of society without recourse to clumsy conceptual bridges but with brains, heart and skill.”

Translator and publisher’s journey to the time of Revolution, a wonderful author’s reading of Boris from his new books! Stories and Poems from the Russian Revolution ‘One of the real gems among the centenary books… Boris Dralyuk assembles a potent blend of novelty, utopianism and eschatology’ — Spectator ‘Broad and erudite collection’ — Financial Times ‘Dralyuk has assembled a high-pressure book of crisis writings by authors caught strutting as actors on the world stage’ –Times Liter… END_OF_DOCUMENT_TOKEN_TO_BE_REPLACED