Pablo Neruda and the Soviet Union 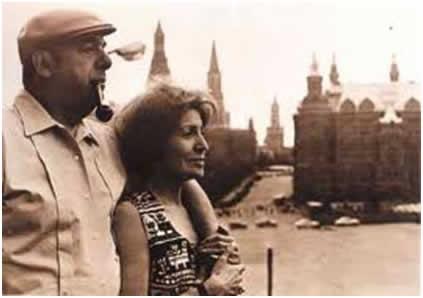 “I have never thought of my life as divided between poetry and politics,” Pablo Neruda said when he accepted his presidential candidacy from the Chilean Communist Party.

He was a prolific writer whose works ranged from sensual love poems to historical epics. Hailed as a poet for the common man, Neruda believed that poetry should capture the human condition. In his essay “Toward an Impure Poetry,” he equates the imperfect human condition with poetry, “impure as the clothing we wear, or our bodies, soup-stained, soiled with our shameful behaviour, our wrinkles and vigils and dreams, observations and prophecies, declarations of loathing and love, idylls and beasts, the shocks of encounter, political loyalties, denials and doubts, affirmations and taxes.” What kind of poetry should we seek? Verse that is “steeped in sweat and in smoke, smelling of the lilies and urine.”

Our speaker Adam Feinstein is an acclaimed British author, translator, film critic, Hispanist and autism researcher. His biography of the Nobel Prize-winning poet, Pablo Neruda: A Passion for Life, was first published by Bloomsbury in 2004 and reissued in an updated edition in 2013 (Harold Pinter called it ‘a masterpiece’). Also in 2013, Feinstein launched Cantalao, a biannual magazine dedicated to Neruda’s life and work. His book of translations from Neruda’s Canto General, with colour illustrations by the celebrated Brazilian artist, Ana Maria Pacheco, was published by Pratt Contemporary in 2013. He also wrote the introduction to the Folio Edition of Jorge Luis Borges’ Labyrinths, which appeared in 2007.