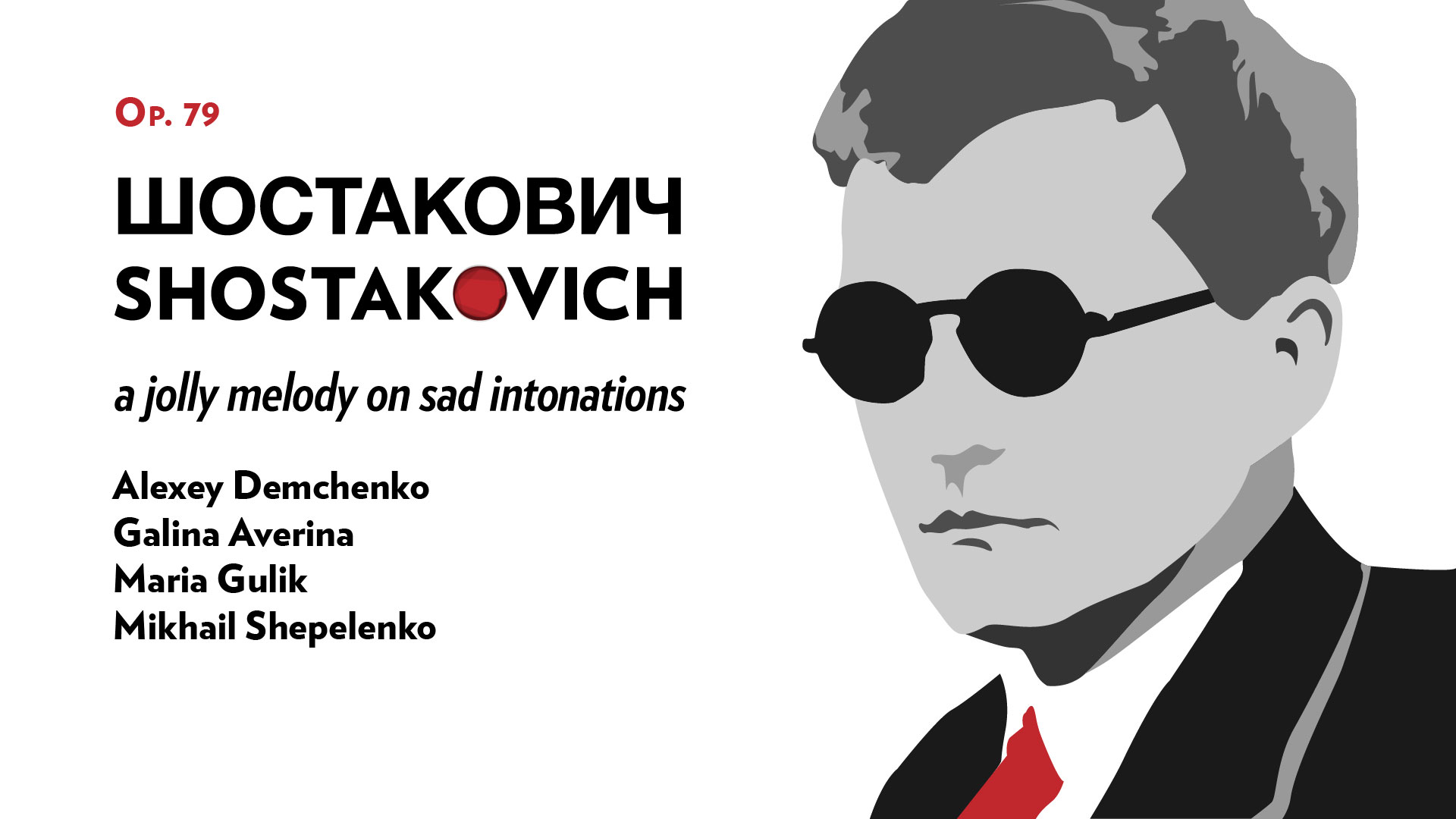 View the
music recording
and our
introduction here.

After his fearsome 1948 condemnation at the hands of the Union of Composers and Stalin’s ‘cultural’ henchman Andrey Zhdanov, Shostakovich was understandably careful about what he composed next and what he revealed in public. His position was undoubtedly dangerous. In the autumn of the same year he compiled a strikingly unusual  song-cycle for three singers and piano: the texts were taken from a collection of Russian translations of Jewish lyrics, mostly originally in Yiddish but one or two Hebrew or Russian; the melodies he created were original but closely related to the style of ‘klezmer’ music which Shostakovich knew and loved. The ensemble of three singers gives almost the feeling of a chamber opera.

In their simple folksy musical idiom, these songs were not offensively ‘difficult’ or ‘modern’. But they had a problem: the obvious Jewishness of their text and melody, and also their clear address to the horrific fate of the Jews in Europe. Although this could most obviously have been taken to refer to the Holocaust which had only just ended three years before, the late 1940s were a time when Stalin was once again malevolently stirring the pot of Russian and Soviet anti-semitism. Arrests, state-sanctioned murders, harrassments and threats were all around. So these songs took on a doubly intense quality of political pathos and moral outrage. They could have been thought to refer to Nazi Germany but they applied as much to the Soviet situation.

The musical result is one of Shostakovich’s most touching, unusual and melancholy works, whether performed in his original for voices and piano, or in the orchestral version he made afterwards. The political result was something else. Inevitably and correctly, 1948 was thought not a good time to perform such a piece. Although the work was briefly tried through in 1948, its official first performance had to wait to less oppressive times in 1955.

An introduction of our world-class performers 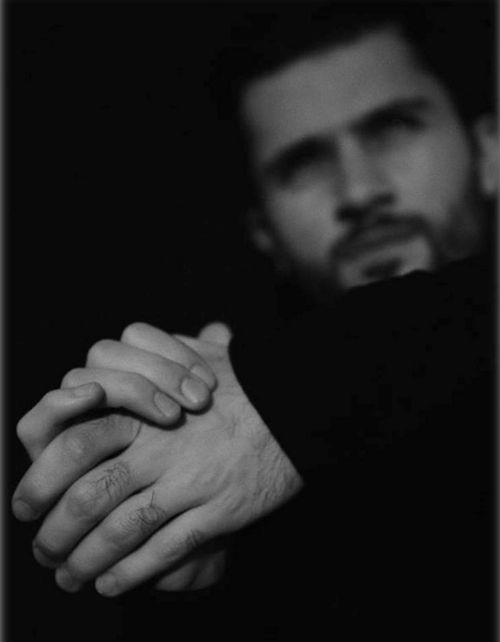 “He belongs to the type of a performer who blossoms on stage and is capable to fascinate the audiences with his youthful temperament, his energy, poetry and virtuosity” – Boris Bloch

Russian award winning pianist Aleksei Demchenko is currently a student of Royal College of Music in London, under the tutelage of globally known pianist Dmitri Alexeev. Based in the UK, Aleksei plays concerts in Europe and Russia, where he always gets only best criticism from professional musicians and warmest words from music lovers and the audience.

Aleksei was born in Kazakhstan in 1989. After the soviet union fell he’s moving to Kaliningrad, where he started playing the piano in the Music School of Shostakovich. After several successes in competitions and festivals for children, he decided to enter the Kaliningrad Regional Musical College of Rachmaninov. For the next 4 years his teacher was Vladimir Slobodyan – an honored artist of the Russian Federation.

At this period he made his first serious steps in music participating in mature regional and international competitions and festivals. In 2007 he made his debut concert with Kaliningrad Symphonic orchestra and played 1’st piano concerto by Johannes Brahms.

After graduating from College in 2008 under tutelage of Slobodyan and after his advice, Aleksei decided to continue his study in Moscow State Conservatory in the class of honored artist of the Russian Federation – Irina Osipova. During 5 years in Moscow State Conservatory Aleksei met and played for such world known musicians as Anne Oland, Boris Bloch, Dina Yoffe, Dmitri Bashkirov. From 2008 till 2013 he’s been winning many international competitions in Europe and Russia not just as a soloist, but as an accompanist as well. He worked with Russian well known sopranos, the soloists of Bolshoi Theater – Alina Yarovaya and Svetlana Kasyan.

After getting support from LSR Group company Aleksei enters the Royal College of Music in London in 2015. Since then he’s played concerts all over the UK and participating in different festivals, such as First Medtner’s Festival, Stravinsky’s Festival in London and Harrogate International Festival. Each time Aleksei is being mentioned as a very talented musician with high range of color in sound, very sincere and strong personality. After several successes and appearances on stage in he’s been accepted at the Talent Unlimited Trust and became their artist. In the upcoming season Aleksei will play summer tour in France, concerts in Russia, England and Europe

has been honored by Grant for his outstanding achievements in music by local government.

In 2012 he became a scholar of LSR Group company.

In 2016 he became an RCM Award Holder supported by a Lady Ruth Fermoy Award.

Since February 2016 Aleksei is an artist of Talent Unlimited Trust.

Born in Moscow, Galina Averina graduated from the Russian Academy of Theatre Arts. From 2010-2013, she was a member of the soloists’ ensemble at the Perm State Opera Theatre, with role including Brigitta in Iolanta, Kseniya in Boris Godunov, Noemi in Cendrillon, Ersilia in Le astuzie femminili, Charmion in Cleopatre, and Annina in La traviata.

She made her international debut in 2013 as Despina in Così fan tutte at Dubrovnik Summer Festival, took part in the 2013 Les Azuriales Opera Festival in Nice and won the Haidee Saretski Prize at their Young Artists’ Competition.

Later on, she moved to the UK to continue her studies at the Wales International Academy of Voice, mentored by Dennis O’Neill, supported by Les Azuriales Opera Trust. After masterclasses with Dame Kiri Te Kanawa, she appeared in a recital next to her at Cadogan Hall in London.

At the RCM, she has sung Pamina in Die Zauberflöte, Calisto in Giove in Argo, Adele in Die Fledermaus, and Dalinda in Handel’s Ariodante. Recent engagements enclude singing Atalanta in Handel’s opera “Xerxes” with English Touring Opera.

Galina Averina is a member of Samling Artist Programme.

In 2015 she was one of the finalists in the prestigious Francisco Viñas Competition at the Gran Teatre del Liceu in Barcelona, being awarded Sixth Prize and winning the Audience Prize. She also won the 2015 Bampton Classical Opera Young Singers’ Competition and the 2nd Prize in the 2016 Handel Competition in London.

Maria Gulik was born in the Russian province of Kargopol in Arkhangelsk region and studied in Moscow at the Academy of Arts and Theatre with soprano Larisa Rudakova. In 2007 she joined the renowned Acting Laboratory of Dmitriy Krymov with which she performed and toured extensively. She was Titania in ‘Midsummer Night’s Dream. As You Like It’ presented jointly by the Royal Shakespeare Company and the International Chekhov Festival, touring to prestigious venues in Stratford-upon-Avon and the Edinburgh International Festival.

She also played the role of The Singer in the production ‘In Paris’ devised by the Krymov Laboratory and the Mikhail Baryshnikov Arts Centre which premiered in the US with Baryshnikov in the lead. Performances included Lincoln Center, The Broad Stage in Santa Monica and the Berkeley Repertory Theatre in California, before touring to Paris, Tel Aviv, Spoleto Festival, Helsinki and Groningen.

While in Los Angeles she came to the notice of the Young Artist Program of Los Angeles Opera and participated in some of their masterclasses. By this time Maria had started postgraduate vocal studies with the great Galina Vishnevskaya and it was she who encouraged her to devote herself full-time to singing and opera.

In 2011 she sang Vava in ‘Moscow, Cheryomushki’ at the Stanislavsky Theatre in Moscow and the following year Nyanya/’Eugene Onegin’ at the Vishnevskaya Opera Centre. She returned in 2013 to sing The Innkeeper/’Boris Godunov’ and appeared at the Baltic Season Festival singing La Principessa in ‘Gianni Schicchi’.

2014 saw her as a soloist at the Vishnevskaya Centre with roles including Olga/’Eugene Onegin’, Maddalena/’Rigoletto’ and the title role of Carmen. She took part in masterclasses with Mirella Freni and made her debut at the Novosibirsk Opera Theatre as Venus in Wagner’s ‘Tannhäuser’. She repeated this last year when also singing Lyubasha/’The Tsar’s Bride’ in Moscow. Last year she was also invited to study at the Wales International Academy of Voice by Dennis O’Neill and graduates from there this year, having taken part in masterclasses with Dame Kiri Te Kanawa and Richard Bonynge.

On the concert stage she has sung Wagner’s ‘Wesendonck Lieder’ and Mussorgsky’s ‘Songs and Dances of Death’ in Russia and at the Festival de Musique de Wissembourg in France where she also gave the world premiere of ‘Five Songs based on poetry of Lesya Ukrainka’. Her competition credits include 1st Prize at the International Independent Opera in Moscow and 2nd Prize at the 21st Concours Flame in Paris.

In spring 2016 Maria sang the Verdi Requiem at the Royal Festival Hall in London and in summer had engagements in Greece and then Zita /’Gianni Schicchi’ at Les Azuriales Opera. 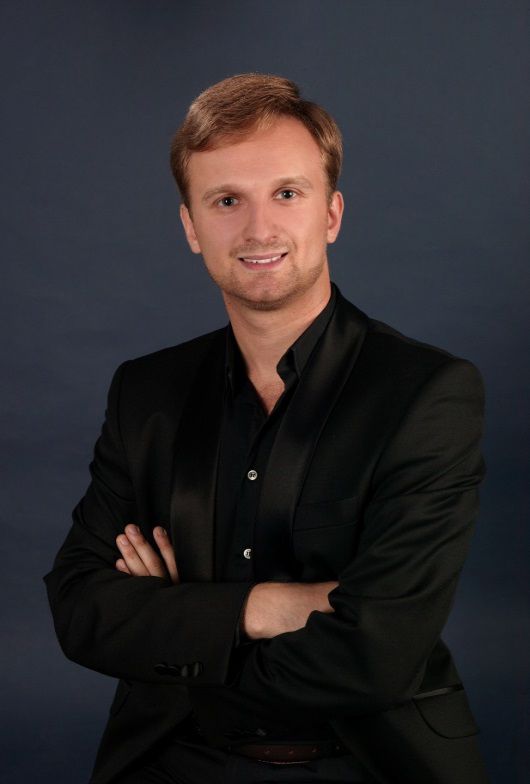 Siberian tenor Mikhail Shepelenko completed his undergraduate studies in the Moussorgsky Conservatory in Ekaterinburg, Russia. Mikhail received a grant from the Ministry of Culture of the Russian Federation to pursue his musical studies, and was granted the honour of touring alongside the orchestra of the Central Music School of Moscow. Mikhail was among 12 of the 300 candidates admitted into renowned soprano Mirella Freni’s Bel Canto academy in Modena, Italy in 2012-13.

He is a recipient of a full scholarship by The Future of Russia Foundation for the Opera Program at the Royal Academy of Music in London. At the Academy Mikhail currently studies under Glenville Hargreaves and Iain Ledingham and has appeared in masterclasses with Joan Rodgers, John Graham Hall, Christopher Purves.

With the Royal Academy Opera Misha has performed main role of Levko, in Rimsky Korsakov’s wondrous May Night, Eisenstein in Die Fledermaus by J.Strauss in opera scenes. One of Mikhail’s recent engagements included Georg Solti summer program 2016 in Castiglione della Pescaia, Italy where the participants had the privilege to work with Angela Gheorghiu, Richard Bonynge and Carmen Giannattasio. Among the upcoming performances is the title role in J.Offenbach’s Orphee aux Enfers for Royal Academy of Music.

One thought on “Shostakovich – From Jewish Folk Poetry”