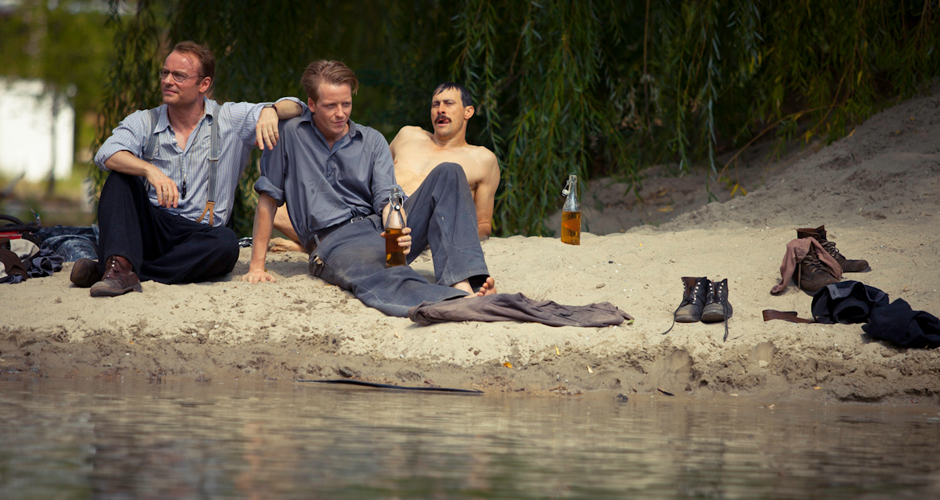 It is the spring of 1941. German engineer Hans and his colleagues arrive at a USSR glass manufacturing factory. The Soviet Union is to deliver raw materials to Germany – in exchange for the latest industrial machinery and technologies. It quickly becomes apparent this is not the whole story and both sides have the foreboding of things to come. Yet they meet as people and become friends.

Alexander Mindadze shows the intimate stories drawn down into those waves of history. As the plot unravels, we see Hans in the role of a conqueror, looking on through the lense of his own making. But what he sees does not seem real, and the shadows of old secrets begin to cloud his vision. A story of the perturbation of a man who does not realise what is happening with him.

A partner project of UK, Germany and Russia, this movie is the pièce de résistance of this acclaimed and prolific writer, director & producer. 124 minutes – German, with English subtitles. The screening will be followed by a Q and A session with Mindadze (in Russian, with translation.) The entry fee we charge this time, as an exception, helps towards covering his journey to the UK. Kindly RSVP – seating is limited.

1986 Plumbum, or The Dangerous Game

1976 Speech for the Defense

Alexei Gherman’s first two solo features, 1971’s Trial on the Road and 1976’s Twenty Days Without War, both remarkable, unorthodox, and decidedly anti-heroic war films, met with official disapproval and censorship. The former was still banned (and would remain so for another decade) when Gherman embarked on the latter. A subtle, intimate, and affecting drama, Twenty Days Without War was denounced as “the shame of Lenfim” (it was made for Lenfilm Studios) and, for a time, itself suppres… END_OF_DOCUMENT_TOKEN_TO_BE_REPLACED

Our guest from Canada, poet Vera Pavlova, is a classically trained pianist “in her first life”. A unique combination of Vera’s poetry and Tchaikovsky’s music, played by her. “As Vera Pavlova speaks, she uproots the traditional meanings and turns of speech, pronouncing each word with delight, but also with an effort, as if for the first time, carefully listening to the sound and feeling anew her native speech with her tongue…” Aleksandr Arkhangelskiy, “Vremia MN”… END_OF_DOCUMENT_TOKEN_TO_BE_REPLACED