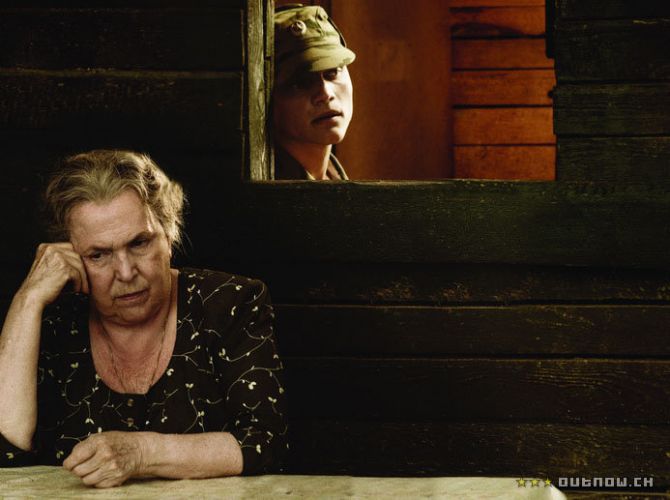 A Russian grandmother (Galina Vishnevskaya, a famous Russian opera singer) visiting her grandson Denis (Vasily Shevtsov), a sergeant in the Russian army. He’s stationed at a remote Chechen outpost, and from the moment Alexandra arrives, she is out of place. The army base is barren and secluded, a closed system with its own code and structure. This visitor creates an immediate juxtaposition between the outside and the inside, and Sokurov patiently tracks the old woman as she explores the camp, talking to soldiers, and even going beyond its perimeter to the local market, where she befriends some of the occupied people.

The director is known for his transgressive use of the medium, making the camera, colour, and mostly the treatment of characters work towards an otherwordly experience, while staying as close and uninterrupted as life itself. With a series on wartime dictators and the one-shot semi-documentary Russian Ark, he is a regular at Cannes and is said to elevate cinema to an art form.