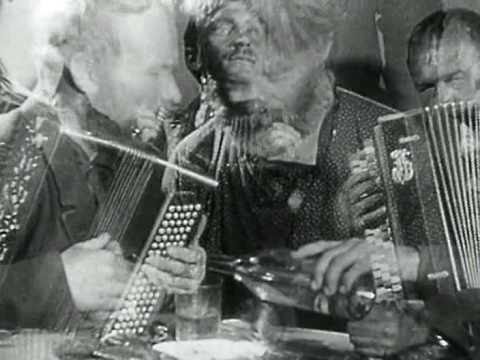 Structures shaping into motion, motions reshaping into structure, against each other, so that the whole thing is like a snowstorm rolling down a hill; gathering itself to itself. Which is to say the people to the people, in an effort at once to reshape and portray the reshaped world.

First in a ‘docu-drama’ trilogy with End of St. Petersburg & Storm Over Asia.

Reserve a seat on the Eventbrite page

Mother was the first of Russian-filmmaker Vsevold Pudovkin’s “personal epics”-films that weave spectacular historical tales while never losing sight of the individual, and individual emotions, that motivate those tales. Based on a Maxim Gorky story, Mother recreates the abortive Russian revolution of 1905

The sweep and scope of the action scenes in Mother never dwarf the human story. What sticks in the mind most vividly is the intimate scene in which Batalov, contemplating his upcoming release from prison, begins dreaming of his mother, while superimposed closeups of her face blend into lyrical shots of the Russian spring thaw.

Structures shaping into motion, motions reshaping into structure, against each other, so that the whole thing is like a snowstorm rolling down a hill; gathering itself to itself. Which is to say the people to the people, in an effort at once to reshape and portray the reshaped world.

Look here. The first third ends with a murder, so the entire part is about wild kinetic energy building to it; disenchanted workers plotting a strike – the metaphor for revolution, as so often in these films – factory cronies plotting to break them, pitting rugged father against idealist son. Meanwhile the factory owners, disinterested, arrogant, oversee the bloody drama from their lofty window.

The second third ends with injustice, and so the entire second part is about the mockery of justice; a colonel promising the hapless mother her son – the instigator of events – will be okay if she surrenders a hidden stash of guns, then arresting him, followed by a mock trial where each of the judges presiding is a parody of human values.

The strikers scattered by mounted police into a mob, it’s the mother who picks up the banner of revolution. Down by the bridge, floating ice is shattered on the concrete pillars; ice dissolves, floating away, but the bridge stands.