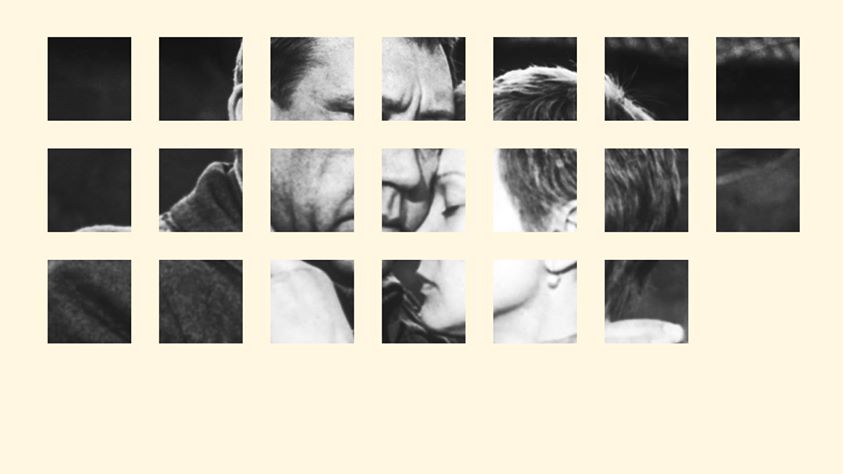 after the Battle of Stalingrad, Lopatin, a Soviet Army veteran and writer, travels home to Uzbekistan discovers how even the false peace of a remote civilian village can be disturbed by the silent echoes of distant battle.

His home in Tashkent is a long way from the smoke and gunfire of the Western Front, but during his leave Major Lopatin sees another – no less emotional – war being waged there.
The film was based on the novel and screenplay of Konstantin Simonov (1915-1979), a famous military journalist who wrote the famous poem “Wait for me” during WWII in 1941. The film was mostly shot in black and white to be visually close to wartime. Much of the ‘set’ is the real and lasting trace of these days.
Remarkable, unorthodox, and decidedly anti-heroic war cinema, met with official disapproval and censorship. In a bold stroke of casting, Yuri Nikulin, a famous comic actor and circus clown, plays the lead. A subtle, intimate, and affecting drama, Twenty Days Without War was denounced as the shame of Lenfilm and suppressed — because the people it depicts ‘could only have lost the war’.

Alexei Gherman’s first two solo features, 1971’s Trial on the Road and 1976’s Twenty Days Without War, both remarkable, unorthodox, and decidedly anti-heroic war films, met with official disapproval and censorship. The former was still banned (and would remain so for another decade) when Gherman embarked on the latter. A subtle, intimate, and affecting drama, Twenty Days Without War was denounced as “the shame of Lenfim” (it was made for Lenfilm Studios) and, for a time, itself suppres… END_OF_DOCUMENT_TOKEN_TO_BE_REPLACED

Published in more than thirty languages, Fiona Sampson has twenty-one volumes of poetry, criticism and philosophy of language.  She works as an editor and critic. She is Professor of Poetry at the University of Roehampton, where she also edits the international quarterly Poem. Our club is proud to have Fiona as our patron. In her lecture Fiona address important questions such as: is poetry ever useful? Can it be therapeutic? Is it only relevant to individuals from some communities and not ot… END_OF_DOCUMENT_TOKEN_TO_BE_REPLACED

Translator and publisher’s journey to the time of Revolution, a wonderful author’s reading of Boris from his new books! Stories and Poems from the Russian Revolution ‘One of the real gems among the centenary books… Boris Dralyuk assembles a potent blend of novelty, utopianism and eschatology’ — Spectator ‘Broad and erudite collection’ — Financial Times ‘Dralyuk has assembled a high-pressure book of crisis writings by authors caught strutting as actors on the world stage’ –Times Liter… END_OF_DOCUMENT_TOKEN_TO_BE_REPLACED